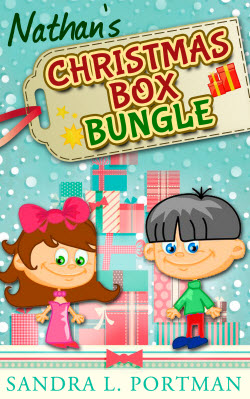 This year, Nathan will be helping his 4-year old sister Rachel wrap and tag Christmas presents with their mother.  In prior years, their mother said she was too young.  As the older brother, Nathan is expected to help Rachel and make sure everything goes smoothly.

It was getting close to Christmas and that meant it was getting colder. Nathan was riding his bike home from Ryan’s house, who lived a block away. Ryan and Nathan are both nine years old and they have been friends since they were in nursery school together. Ryan wasn’t his very best friend, but he was a good friend. He was someone Nathan could count on when he wanted someone to play with. Even if Ryan was already playing with someone, he would always welcome Nathan into the fun.

After an afternoon of riding their bikes and playing their favorite game on Xbox, Nathan had no way of knowing this game would almost ruin Christmas Eve.

With the wind blowing, Nathan had his jacked zipped all the way up and the hood of his jacket protected his ears from the wind rippling past. The wool mittens his mother insisted he take with him, helped him ride his bike home with ease, ignoring the chill wind that turned the handle bars to ice. He was anxious to get home because his sister Rachel and he were wrapping presents with their mother.

CLICK HERE to see the rest of the books in the series.